A report on the early stages of my Germany trip.

Note: I (Erdman) am referred to as MV.

Labels: Wherever I may find myself

Dirty, starved skeletons
- description by American soldier of the liberated prisoners at Dachau 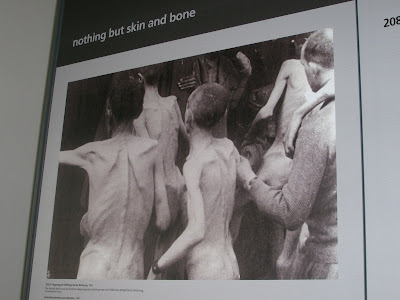 I spent five hours at the Dachau concentration camp. Even though there were many many deaths, Dachau was a work camp designed to confine prisoners that the NAZIs viewed as enemies of the state. I was surprised by the diversity of the prisoners: thinkers and political activists, of course, but also entertainers, homosexuals, Jehovah Witnesses, beggars, and those considered racially inferior. In other words, people groups from all spectrums of life were represented.

I don't feel it is possible to neatly summarize Dachau and provide any kind of perspective or interpretation. I was simply dumb struck and speechless. No one can understand Dachau except those who experienced it. For the rest of us--especially those of us who are nearly 70 years removed--there is only the possibility of feeling as though we are tripping around in the dark searching for a light switch.

The primary objective of the work camp was to de-humanize. The sign on the gate is cold and ironic: Arbeit mach frei "Work brings freedom." The daily routines included brutal torture (for example, hanging from poles, beatings, etc.), intimidation, malnurishment, degredation, and harsh work. Upon entrance into Dachau, the prisoners have their property taken away from them and they are told, "You are without rights, dishonorable, and defenseless. You're a pile of shit and that is how you are going to be treated." 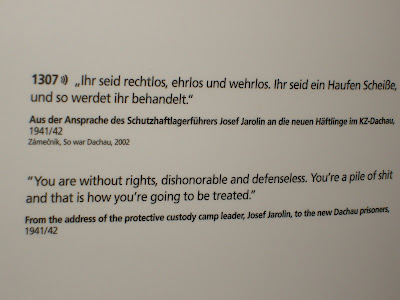 The following photograph is significant in its dehumanizing representation: all of the prisoners are simply part of a herd, "pests" shown here as being beneath their superiors: 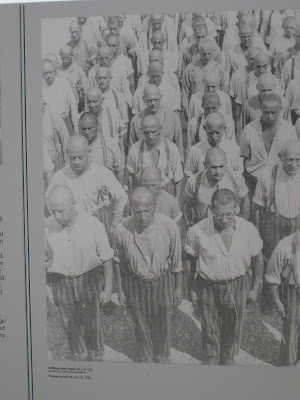 In the Dachau Museum, the layout is chronological. The beginning points is the NAZI's rise to power, the chronology of Dachau, and then the freeing of the prisoners by American forces.

It is difficult to move through the exhibits. I felt I was more and more overwhelmed by the brutality and horror. The point at which I felt the most potent impact was perhaps when I came to a small exhibit on the poetry of Dachau. As I understand it, the poets sometimes took risks in writing down poetry, but most often they kept their poetry in their minds. I read the following bz Mirco Camia, a prisoner of Dachau, who writes about his encounter with Nevio Vitelli's poem "Mein Shatten in Dachau." I wrote down the words, but I had to stop several times, overcome at several points.

"The value of this poem for me?...it contains everything: the agony of captivity and the elegy of freedom, the meaning of the greatest earthly love, maternal love...and something else that is banished from the normal thoughts of youth and from human suffering: forgiveness.

"It is not possible to endure subhuman conditions, to be nothing more than an 'object'...without being pursued by it an entire lifetime, even in your soul, or without destroying what you possessed before this experience--...the beauty of a vision of the universe and of mankind...Nevio made it possible for me to find mzself again in his unknown poem."

For me, Dachau is a land marker in my life. It is a reference point. I don't feel that I have the ability to understand it, but merely to allow it to inform and shape me at every stage of growth. 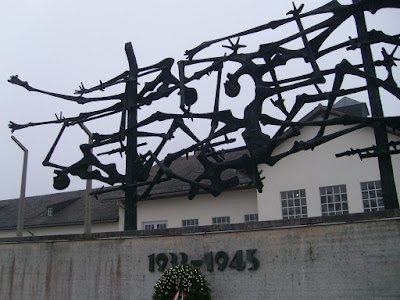 For all of the efforts at Dachau to de-grade the human being, for all of the energy spent de-humanizing, the words of the Karl Röder (prisoner 1933-44) are poignant:

"In the camp I made a meaningful discovery: No power exists in the world that is capable of destroying humans as spiritual beings." 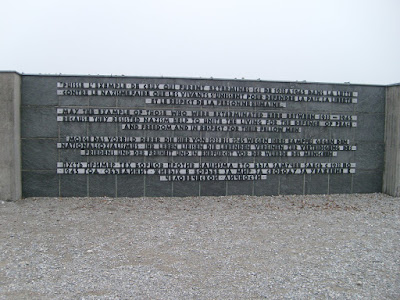 Labels: Theology of Self and Sanctification

The Girls Next Door 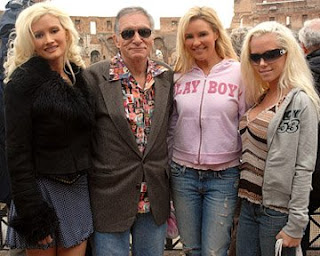 The Girls Next Door is a reality television show that takes viewers behind the gates of the Playboy Mansion and into the lives of Holly, Bridget, and Kendra, the three girlfriends of the iconic Hugh Hefner. The show is sexy and sensual, taking the audience into the bedrooms and behind the scenes of nude photo shoots (with all “unmentionable parts” blurred out, of course); and yet the show is not the typical flesh-hawking reality tv. Far from it, actually. The show is actually quite, funny, and adorable.

The appeal and focus of the show is on the lives of Holly, Bridget, and Kendra. “Hef”—the girls’s nickname for the gracefully aging Hugh Hefner—is often seen on the show. He interacts with the girls, conducts business, and generally lives a life of leisure; but mostly the show centers on the personality of the girls as they live their lives and pursue the various things that interest them. 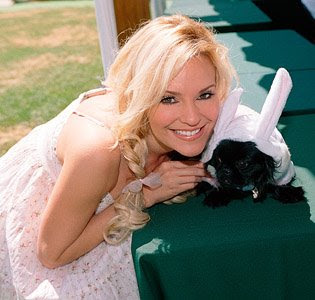 In short, even though the show is sexy, its appeal is not sex. Most of the show is not about sex. Most of the show is about beauty and personality. The girls are interesting and adorable. Holly is ambitious and holistic, taking initiative to spearhead various projects and photoshoots. She also makes no secret of the fact that she has a maternal instinct and wants to have a baby with Hef. Bridget has a master’s degree in communications and a deal with the Travel channel for a new tv series. Kendra is a carefree tomboy who loves to play sports and party.

The girls live a charmed life. Accordingly, they talk about how “blessed” they feel to “live such a special life.” 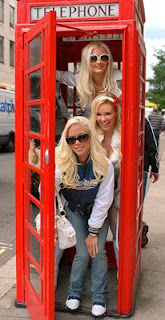 Briefly, I think The Girls Next Door illustrates three mergers. These mergers represent things that have been traditionally separated and dichotomized. 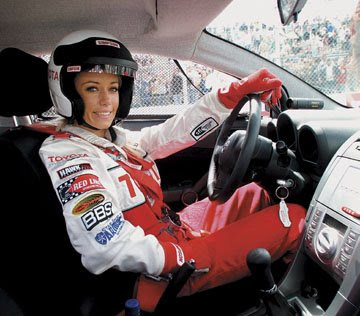 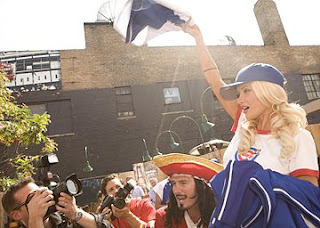 Chomsky brings a black-and-white perspective: pornography is degrading to women, therefore pornography should be eliminated. “Women are degraded as vulgar sex objects,” says Chomsky, “That’s not what human beings are.” Chomsky finds this to be even beyond discussion, kind of an axiomatic given.

At this point, we are entering the murky waters of speculating on morality and nature. Pascal said that custom is our nature. What is “human nature”? Something we inherit, something intrinsic? Or is “nature” more closely related to the societal and cultural matrices within which we are embedded? Perhaps one of the great intellectual and cultural wars of our day is over human nature. How do we define ourselves as sexual beings? Is it based on something in our nature? Or are we defined sexually based largely on the cultural and society norms/morality that we are taught?

In any event, I find that The Girls Next Door provoke an important discussion of sexuality. It reflects many of the unique realities of sexuality in the 21st century.

My time has been going in various, non-blogging directions. However, a new post is coming in the next day or two.

I will be doing a bit of exegesis on the popular cable tv show The Girls Next Door:

My friend Nicole had a good idea that would resolve the division that exists among churches, encourage attendance, help the unity of Christians, encourage financial giving, facilitate worship service creativity, and help fend off boredom amongst Christians. Yes, an idea to speak to all of these issues, from my friend Nicole.

The idea, though profound, is quite simple: have people pay for the sermons.

Now, we are not suggesting something so crass or crude as to set a price tag on the sermon. Oh, heavens no! One should only give as they are led! All we are suggesting is that the offering plates are passed amongst the faithful after the service is over. The unstated understanding is that if the service was good, then the people can feel good about giving their hard earned American dollars to the cause. If the service was not good, then the clergy can give it another try next week.

We really need to utilize the forces of Adam Smith's invisible hand.

If Nicole's scenario existed, then Christians could feel free to visit other churches without having a "home church." When the services become a matter of routine, obligation, moralizing for the sake of moralizing, or in anyway dull and uninspiring, then the faithful can go to other churches where people have something interesting to say or do. In such a scenario, believers don't "belong" to a church--as if one church had all of the answers while all other believers are shadows of this perfection--rather, all believers belong together, and Sunday morning would become a matter of finding the gathering where the most energy seems to be present, where provocative challenges are presented, intellectual stimulation is evident, spiritual passion is alive, etc., etc.

The "church hop" already happens in America.....people go from church to church.....but Nicole's thought is that we should just let this idea reach its logical end. Right now people "join a church" (a horrible idea!) and then they have to completely break their ties with the old church (cancel their membership, etc.) before they can "join" the new church.

No more shame! Let each Sunday be a fresh start!

Go from church to church. Pass the plates at the end of the sermon, and then people can contribute to the ministry that has something going for it. Think of it like a cell phone plan: wouldn't it be great to use your phone and then at the end of the month just pay for the minutes you used???

Labels: For what its worth